Founder of HeartTalk
& Senior Instructor of The BodyTalk System 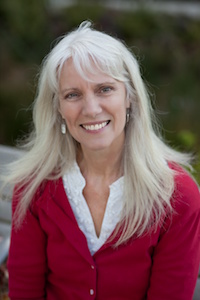 Gilly is known for her deep understanding and articulation of the body-mind complex and the interplay of Consciousness. Developed from a foundation of extensive training, personal life experience and her mastery of The BodyTalk System, the creation of HeartTalk and “Intimate Communication with Self” became the natural next step in her unfolding journey.

“I have been a seeker as long as I can remember – asking the questions that no one seemed to want to answer, until my voice went silent. But the questioning continued. However, life was busy and time was limited, until a mid life health crisis and a dissolving long term marriage brought my life to a humbling grinding halt. There was only one direction to turn – within. I began directing any question I had directly onto myself, and from this, Heart Talk and “Intimate Communication with Self” began in earnest.”

Gilly founded HeartTalk in 2010 and began teaching weekend intensive workshops on “Intimate Communication with Self” to rave reviews. This work focuses on improving our ability to communicate more honestly, first with oneself and then with another, in the core areas of our life: love, sexuality and relationship. In 2012, Gilly launched her TeleSeminar series, and found this to be the perfect format for this heart centered approach to authentic communication and one that compliments the weekend workshops so well.

Gilly infuses her teaching and learning environments with humility, sensitivity and grace, and delights in assisting others in their journey to greater freedom and joy.

Gilly is a multi-faceted professional with a degree in Physiotherapy from St. Mary’s Hospital, London, England and many years experience in the healing and body-mind field. As a teenager, Gilly was ranked in the top 10 in tennis in her native England. Her early athletic experiences encouraged studies (in addition to physiotherapy) in mental sports training, personal and professional performance training, certified Inner Game Coach, and nutritional consulting. In 1996 Gilly became a certified Bikram Yoga Instructor and owned and directed the original Yoga College of India in Portland, OR from 1996 to 2004.

In 2000 Gilly was introduced to The BodyTalk System™ (BT) while leading a yoga retreat in Costa Rica. “I was instantly impressed with Dr. John Veltheim’s approach and intuitively understood the significance of The BodyTalk System“. Dr. Veltheim had created a system that brought together all of her loves: the study of the physical body and how it works, the study of the mind and how it affects the physical body and the interplay of Consciousness. Gilly immediately pursued her training in BT and soon introduced The BodyTalk System to Portland. She became a Certified BodyTalk Instructor in 2002 and continues her studies in Advanced BodyTalk, through PaRama College. Gilly was also instrumental in the spreading of BT around the world from Canada to England and along the West Coast of the US.

Born in London, England, Gilly has lived in the United States since 1986 and has three grown children. She loves to travel and has many great stories of her adventures in Europe and Africa. She would like to regain her fluency in French and learn Italian – “the romance languages bring an aliveness to the passion that is felt within”! 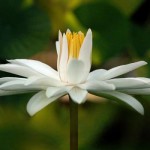 HeartTalk is an intimate communication with Self, and takes you on a courageous journey that leads to a life of great freedom & joy. Discover a path of self investigation that can open the heart and heal your sense of separation. A path that encourages self awareness, self love and self forgiveness, a path that invites intimacy, honesty & compassionate communication into your life.    >>read more. 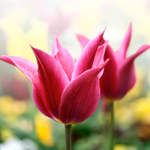 Intimate Communication Workshops help you understand the true alchemical nature of relationship, so you can navigate its complex terrain and grow in love and wisdom. These classes promote authentic communication, build intimacy, and help you find the inherent wisdom that lies within all the challenges that can emerge in relationship.    >>read more